Gently favors the removal of plaques

Soothes the skin with redness and plaques due to dryness

3 to 5% of the population suffers from irritated and sebosquamous skin. This condition is not linked to hyperseborrhea, but rather to a secondary skin reaction triggered by excessive proliferation of microscopic fungi (Malassezia genus). Red, relatively scaly plaques (dead skin) appear in precise areas, and can be accompanied by intense itching.
On the face: eyelids, eyebrows and sides of the nose, hairline. In men, the beard and mustache areas are also commonly affected.

On the body, the mainly affected area is the pectoral region, and the skin folds are sometimes affected (armpit, groin, underneath the breasts).

The proliferation of these fungi (of the same Malassezia genus) can also trigger the appearance of pigmentation spots varying from white to brown and creating thin scales when scratched. This type of lesion is found predominantly on the torso (upper back and thorax) and at the base of the limbs, but can at times appear on the head, neck and limbs.
Although benign, the chronic and recurrent development of these lesions can have a significant impact on quality of life.

All about Seborrheic dermatitis 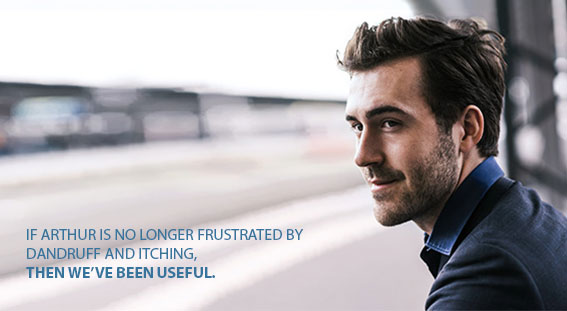 What is there in this care ?

Use my care well
Applicable tips

Test this routine > My DS anti-dandruff routine > See my routine >

Capacity: 200 ml
Texture: Gel
Preserving: 12 months Shelf life after opening
Kelual DS Foaming gel gently cleanses, purifies and soothes the face and body in cases of reactive skin with redness ans scales. Its innovative formula purifies the skin, soothes, reduces the appearance of redness…  and helps remove scales. Can be used alone, as a follow-up to or in combination with standard treatments.

OUR MOST VIEWED PRODUCTS