Psoriasis is a chronic inflammatory disease

With each new flare-up, the same mechanisms occur and are then attenuated when treatment is administered and the flare-up is resolved.

Psoriasis plaques do not appear on their own, they are the result of a large number of inflammatory phenomena that occur in the skin.

Infinitely small changes lead to clearly visible plaques. The main cells involved are on the one hand, immune cells that are activated and induce an inflammatory state, and on the other hand, keratinocytes, the majority of skin cells, which are renewed much faster than normal. This process normally takes 21-28 days but is reduced to 3-5 days in psoriasis patients. The cells multiply at high speed and accumulate on the surface of the skin, resulting in the appearance of scales on psoriasis plaques. Some theories about the mechanisms that cause psoriasis suggest that it is an auto-immune disease. While we wait to find out more, we can be sure that immunity plays a major role in the development of psoriasis.

In particular, it has highlighted the key role of certain inflammatory molecules such as TNF-alpha (Tumor Necrosis Factor-alpha), IL-23 (interleukin 23) and IL-17 (interleukin 17), which has led to the development of several drugs (monoclonal antibodies, biotherapies). The most recent drugs on the market address the inflammatory process as a whole while at the same time targeting a single molecule. This is known as targeted therapy.

Another important area of research concerns the genes involved in psoriasis. For the time being, only a few predisposition genes have been identified, i.e. genes that promote the onset of the disease but without this being systematic or automatic. There is currently no known "psoriasis gene", and perhaps no such gene exists. It is perfectly possible that psoriasis could be transmitted to children, since genes can be passed on from generation to generation. But once again, there is nothing systematic and nothing automatic about this! No one can predict whether this will happen in advance, at the time of conception of a child or during the pregnancy of a woman with psoriasis. However, parents who are already aware of psoriasis may find it easier to cope with a flare-up when it occurs.

What are the factors that can cause psoriasis flare-ups? 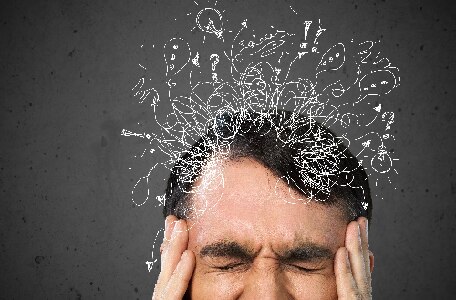 Psoriasis flare-ups are often caused by one or more factors. These factors are multiple and they vary from one person to another, and even from one flare-up to another. In some cases, the factors can be clearly identified and are recurrent for a given person. If this is the case, it is best to avoid contact with this trigger factor to help limit flare-ups. In other cases, no factors can be clearly identified. This can be upsetting and demoralizing, because it is natural to want to seek reassurance by trying to find the culprit, to give us the impression of being in control.

The different factors that trigger or promote flare-ups include:

Psoriasis due to stress

Stress can trigger a psoriasis flare-up, but it is not the only factor

Stress is very often cited as a cause of psoriasis and other skin diseases. Stress can certainly aggravate the situation and sometimes trigger flare-ups, but it is never the sole cause! It is one factor among others. Stress is both a possible cause and a possible consequence of psoriasis: I am stressed so I "get" psoriasis, I have psoriasis so I am stressed (by other people staring, deciding what clothes to wear in the morning, by not sleeping because of itching, etc.). It is best to get help if the stress becomes too much.

There are many techniques that can help you overcome stressful situations, such as yoga, sophrology, and so on. However, a psoriasis flare-up can occur without the patient being able to identify a source of stress. Some patients do not feel stressed at all and therefore cannot identify with the link often established between stress and their skin disease.