Ducray uses cookies and other tracking technology to optimize the performance and functionality of the site, to measure the audience and adapt the content of the site to suit your interests. For more information about the processing of your personal data and your rights, please see our Privacy Policy. To set or disable cookies, click here.
Thank you for accepting cookies.

These cookies are essential to meaure the functioning of the site and can not be deactivated from our systems. They are usually activated in response to actions performed that match a particular service request. For example; setting up your privacy preferences, logging in, or filling out forms. You can configure your browser to block or be alerted of these cookies. However, if cookies are blocked (which do not store any personal data) the site will not function effectively.
Active
Inactive
Mandatory

These cookies allow us to determine and track the number of visits and traffic on our site so that we can measure and improve performance. They also help us identify the most / least visited pages and evaluate how visitors navigate the site. All information collected by these cookies is anonymous. If you do not accept cookies, we will not know when or why you visited our site.
Active
Inactive
Mandatory

These cookies are related to marketing features. They can be used by companies to establish a profile of your interests, and allow them to offer you targeted advertising on other sites. They only work by identifying your browser and device. If you do not accept this category of cookies, advertisements less targeted to your interests will be offered to you when you browse other websites.

What is acne? What are the causes? 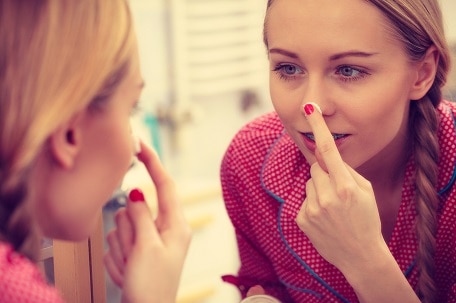 Very common in adolescents (80% of adolescents are affected), acne  can also affect babies ("infant acne"), and adults, especially young women, since it is estimated that 20% of them have a specific form of acne called "adult female acne".

Acne is a chronic disease of the skin, more precisely of a skin appendage called the pilosebaceous follicle (hair + sebaceous gland). The sebaceous gland is responsible for producing sebum, a mixture of lipids essential for protecting the skin against external aggressions and for maintaining suppleness.  Due to hormonal changes, especially during adolescence, this sebum is produced in excess quantity or becomes too thick. Combined with increased proliferation of follicle cells, this causes the orifice of the pilosebacous follicles (skin pores) to become blocked, leading to the appearance of acne.

A bacteria normally found on the surface of human skin also plays a major role in the onset of acne. This bacteria is called Cutibacterium acnes or C. acnes.

Due to changes in hormones and in the sebum, the population of this bacteria is modified and stimulates the appearance of acne lesions.

Depending on the extent of the various parameters mentioned previously, acne can take on several forms  and present with different symptoms :
Acne mainly affects the face, but can also be found on the forehead, back, behind the neck and the front of the thorax. The main risk presented by acne is the appearance of scars, which can continue well beyond the teenage years, especially in cases of inflammatory acne. A number of external or environmental factors, such as stress, pollution, sun exposure or unsuitable or overly frequent use of cosmetics can have a negative effect on acne-prone skin.

First spots: what to do? 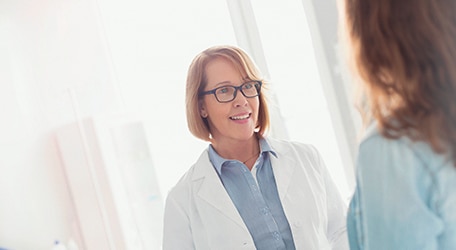 As soon as the first spots appear, you must adopt the right habits:
It is also important to consult a general practitioner or a dermatologist (skin specialist). Since acne is a chronic condition, a medicinal treatment could be prescribed to improve and limit aggravation. Depending on severity, type of acne and other criteria (duration, age, etc.), local, oral or combined therapy will be prescribed.
The skin can sometimes be made fragile by these treatments (dryness, redness, discomfort, etc.) and the undesirable effects can be counteracted by using the right hydrating dermo-cosmetic skin care products. Dermo-cosmetic anti-acne products can also be prescribed by a doctor and recommended at the pharmacy.
In order to take control of acne  quickly and avoid scars, you must be patient and follow the prescription and the recommendations of health professionals.

Subscribe now and receive our advices and personalized informations.