Psoriasis is not a contagious disease 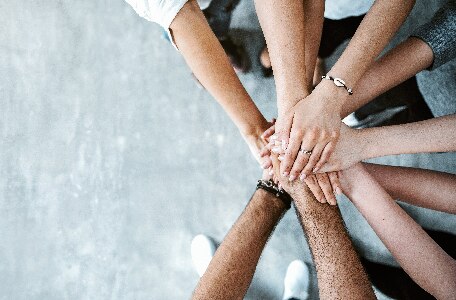 Psoriasis is not a contagious disease. It is, however, a disease that manifests itself physically. This can lead to people with psoriasis feeling uncomfortable and isolated. It also means that psoriasis can attract attention and questioning looks from other people. A clearer understanding of the disease allows everyone to better accept it and to live well with psoriasis on a daily basis, whether patients, caregivers, healthcare professionals or simply people who come across the disease.

That depends on various factors. The most common form of psoriasis is called plaque psoriasis and is identified by red plaques with clearly-defined edges, covered with thick white scales. Psoriasis tends to appear on the elbows, knees and lower back, etc. Other areas can be affected, such as the scalp, nails, face, etc. Whatever part of the body is affected, the itching and discomfort can be intense. When psoriasis is very widespread, the discomfort is even greater and can prevent people from being able to do certain activities. Although doing so only makes flare-ups worse, it can be difficult to avoid scratching and scraping off scales.

There are many other forms of psoriasis, which sometimes have a very different physical appearance from plaque psoriasis. But even if symptoms differ, the disease remains the same.

The skin is not the only organ affected by psoriasis.

Chronic inflammation can also affect the joints. Psoriatic arthritis, also known as joint psoriasis, affects about 15% of patients, with or without associated skin lesions, sometimes making diagnosis difficult. The main joints concerned are those in the spine (axial damage) and in the fingers, toes, ankles and knees (peripheral damage). The primary symptoms are the same as those of any rheumatic disease: pain, swelling, difficulty getting up in the morning, followed by long-term joint damage and deformities in the absence of treatment.

Most oral treatments and biotherapies act on both types of inflammation, skin and joint. Although pain does not manifest itself physically in the way that plaques do, it is just as disabling in everyday life. It is therefore essential to talk to your doctor about your pain, in order to quickly benefit from a treatment adapted to psoriatic arthritis.

Psoriasis can affect every aspect of people’s lives. Psoriasis during pregnancy, for example, is a source of numerous questions and anxieties for future parents.

As soon as a couple wishes to have a baby, a dermatologist must be consulted to review the treatments prescribed and modify them if necessary, so that they are compatible with pregnancy. The same thing applies during breastfeeding. The evolution of psoriasis remains unpredictable even if the majority of pregnant women suffering from psoriasis notice an improvement in their skin condition. Unfortunately, this beneficial effect is only temporary and a flare-up is possible after childbirth.

Transmission of the disease to the baby is equally unpredictable because the genetic factors of psoriasis are not fully known and are most often associated with environmental triggers. We just do not know enough yet to give a definitive answer on this. Psoriasis may first appear in adulthood or in childhood.

Psoriasis in children can develop at a very young age with psoriasis in the folds of the skin under diapers ("diaper psoriasis"). Childhood is a difficult time for the treatment of psoriasis. Given that children do not understand the importance of treatment, parents have to run after them to apply cream, negotiate constantly and come up with ways to limit scratching. In general, cooling treatments (thermal water sprays, the back of a spoon, etc.) and sports and recreational activities work well to distract children.